The first two lines in the above source code creates two processes netdb_process(which is the database process), shell_process. "shell_process" is the process which provides serial interface at the client to input our queries. AUTOSTART_PROCESSES(&netdb_process) starts the netdb_process, means thread assosicated with this process will start running by the scheduler. Below is the code snipped of the thread for this process.

This will create a callabacks structure which contains the function pointers to the callback functions which are used upon a packet arrival.

mesh_open opens a new connection and here this mesh connection operates on NETDB_CHANNEL(70) and the third argument callbacks contains the function pointers to functions which will be called when a packet arrives on the channel. process_start(&shell_process, NULL) starts the shell process to provide the serial line interface(This is an example of starting one process from another instead of using AUTOSTART_PROCESSES). 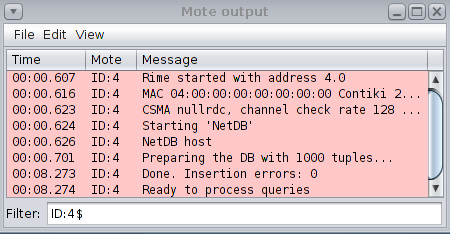 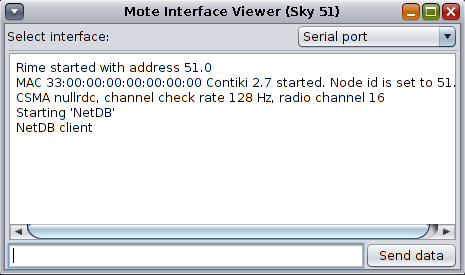 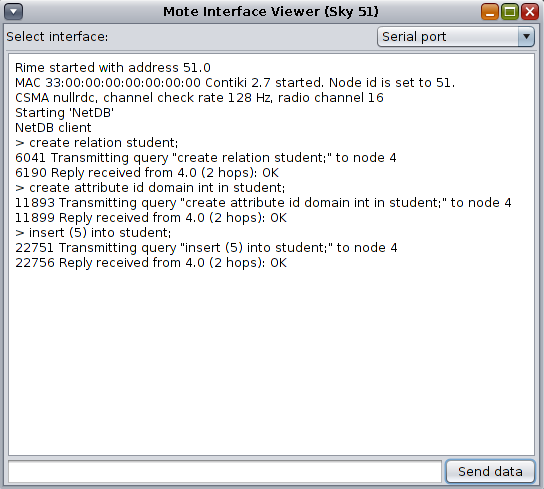 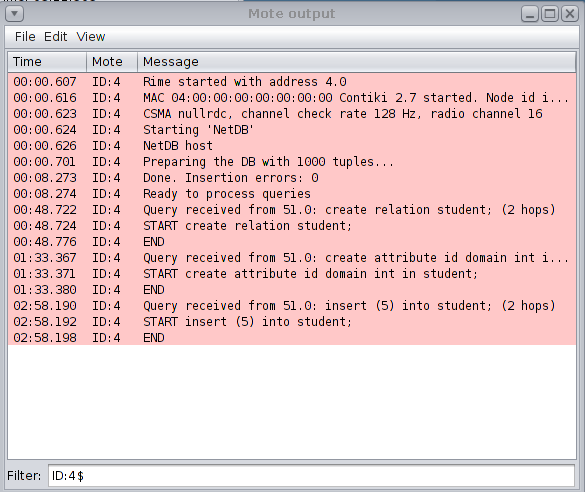