Difference between revisions of "RSS measurement"

Radio Signal Strength (RSS) refers to the transmitter power output as received by a reference antenna (i.e. receiver) placed at a distance from the transmitting antenna.

In this tutorial, we will learn how to measure the Radio Signal Strength received by a Tmote Sky module. The tutorial has two nodes, a transmitter and a receiver. The receiver node continuously receives packets from the transmitting node, measures its signal strength and displays the RSS value of the packet received.

A step-by-step description of the simulation process and the C source code can be found in the subsequent sections.

Run 'ant' to start Cooja. Create New Simulation and let us say we name our simulation as "RSS". 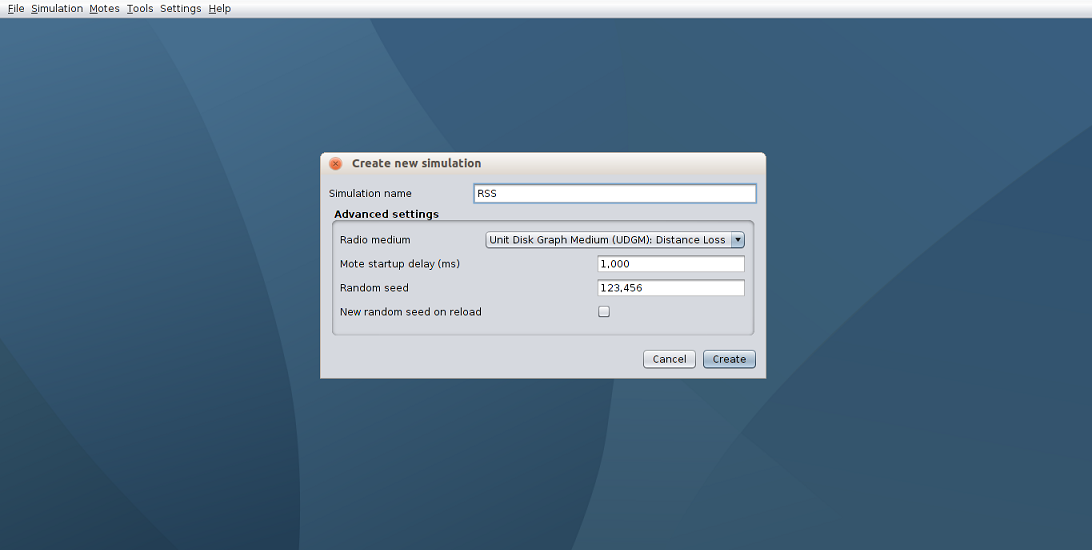 Add motes to the simulation. Go to Motes-> Add motes-> Create a new mote type-> and select Sky Mote to be added to the network. 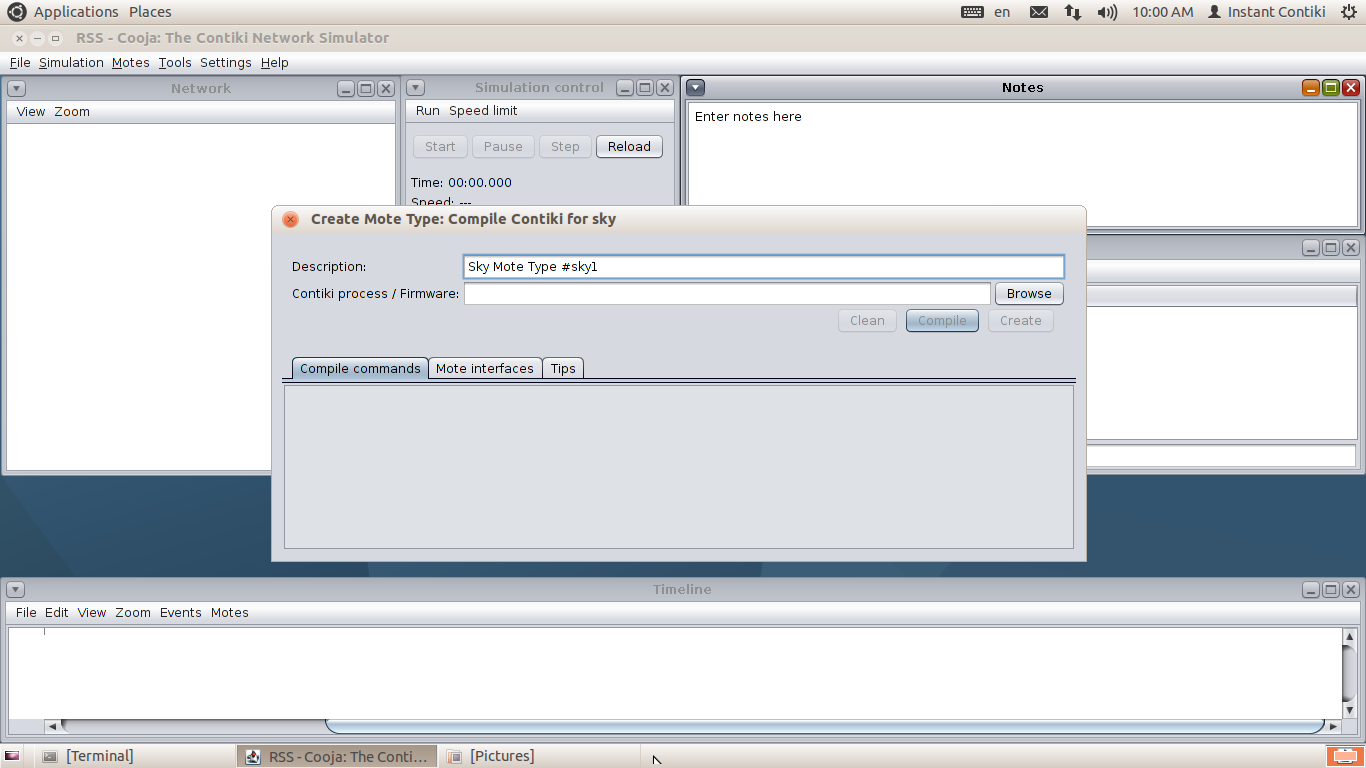 Browse and select the firmware.

Note: You have to create a .c file for RSS measurement and the source code can be found in the next section. 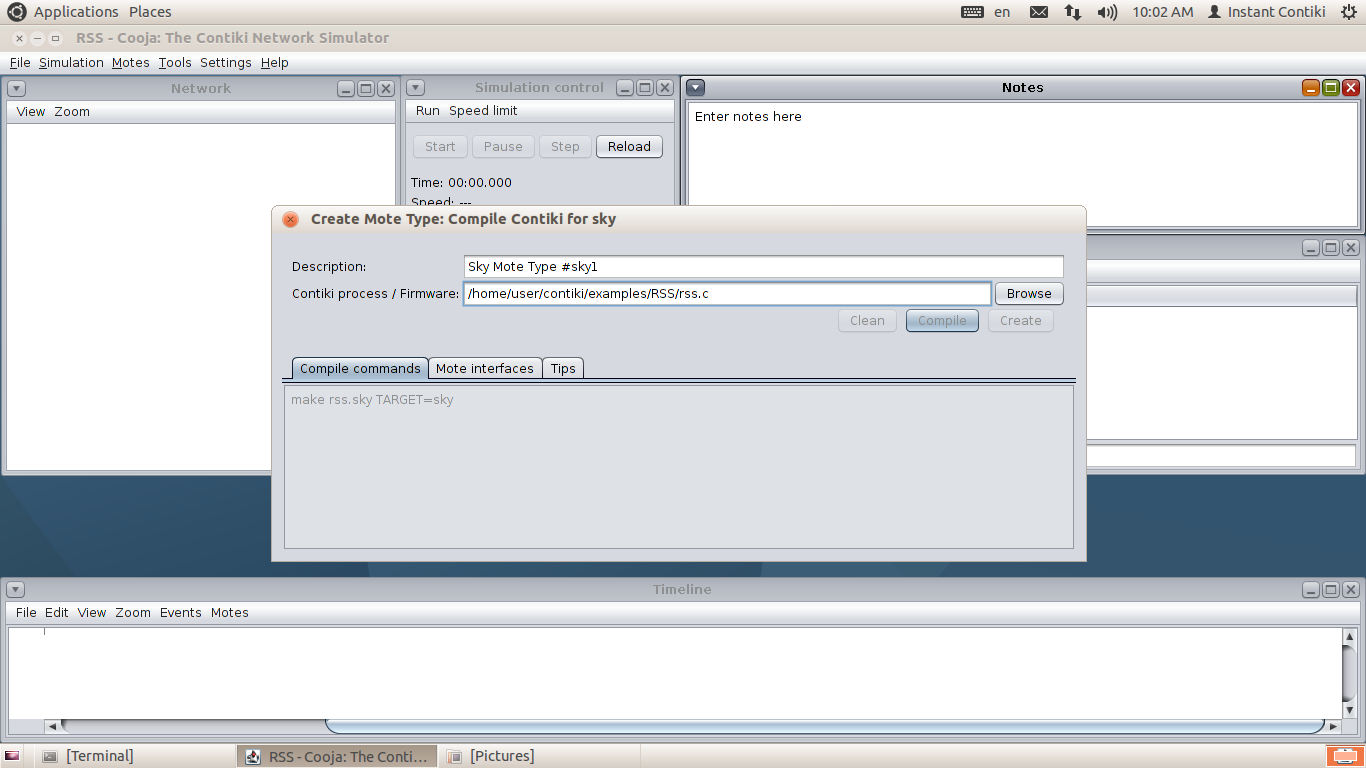 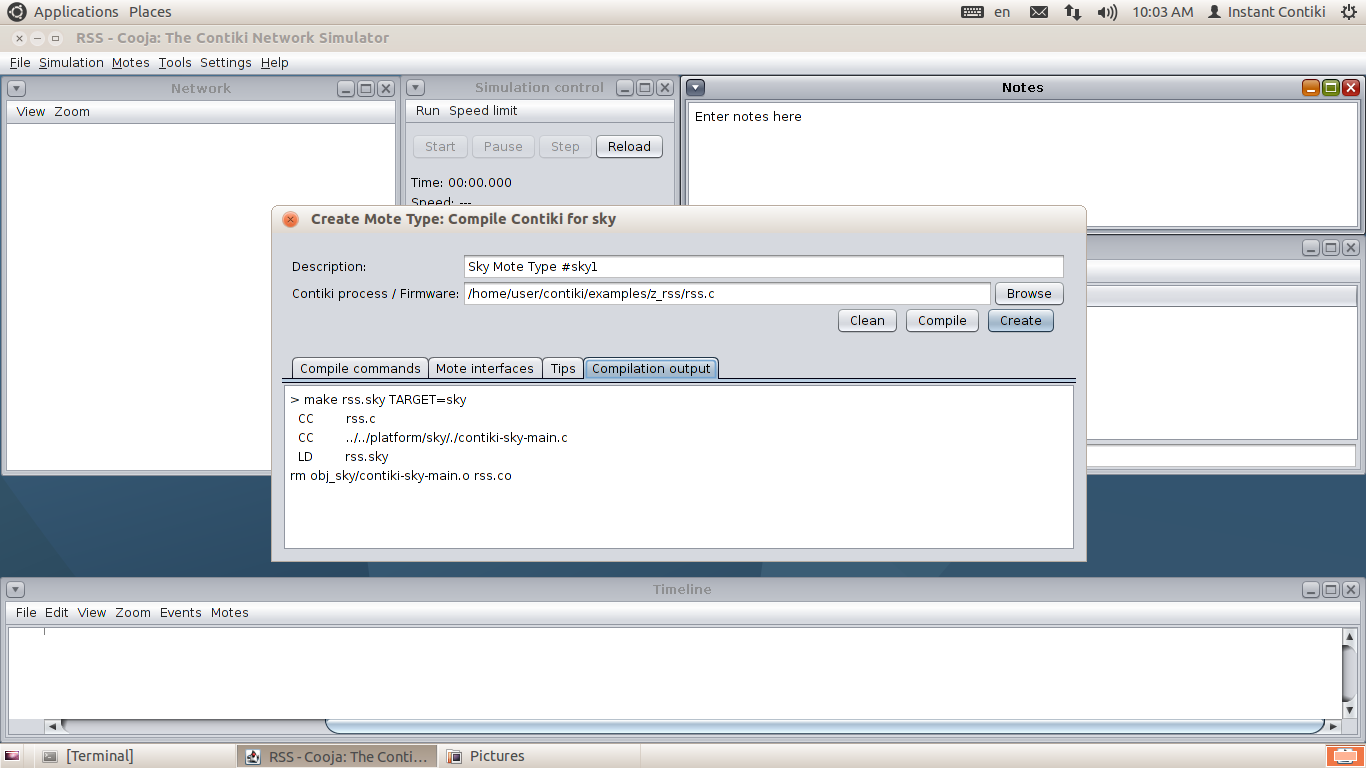 Note: We are uploading the same firmware on both the motes, one acting as Transmitter and the other as Receiver. 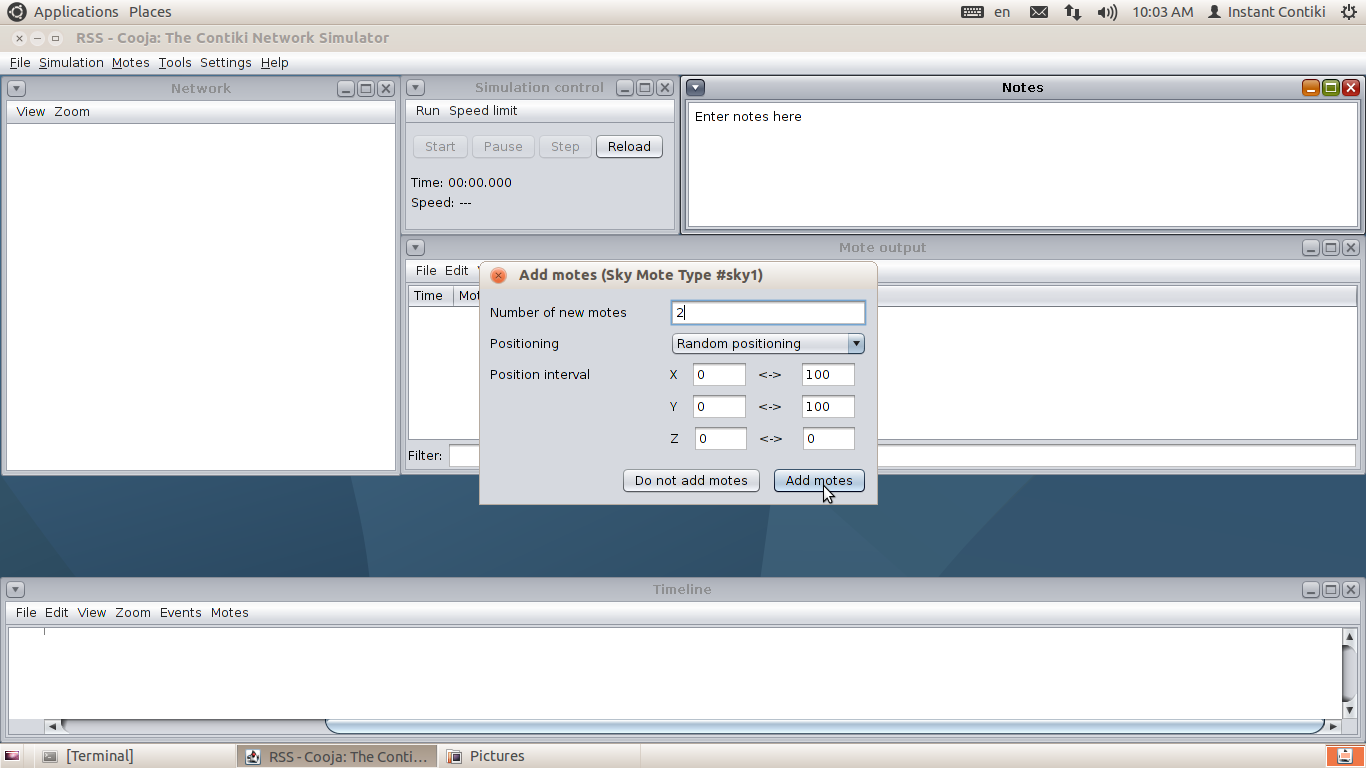 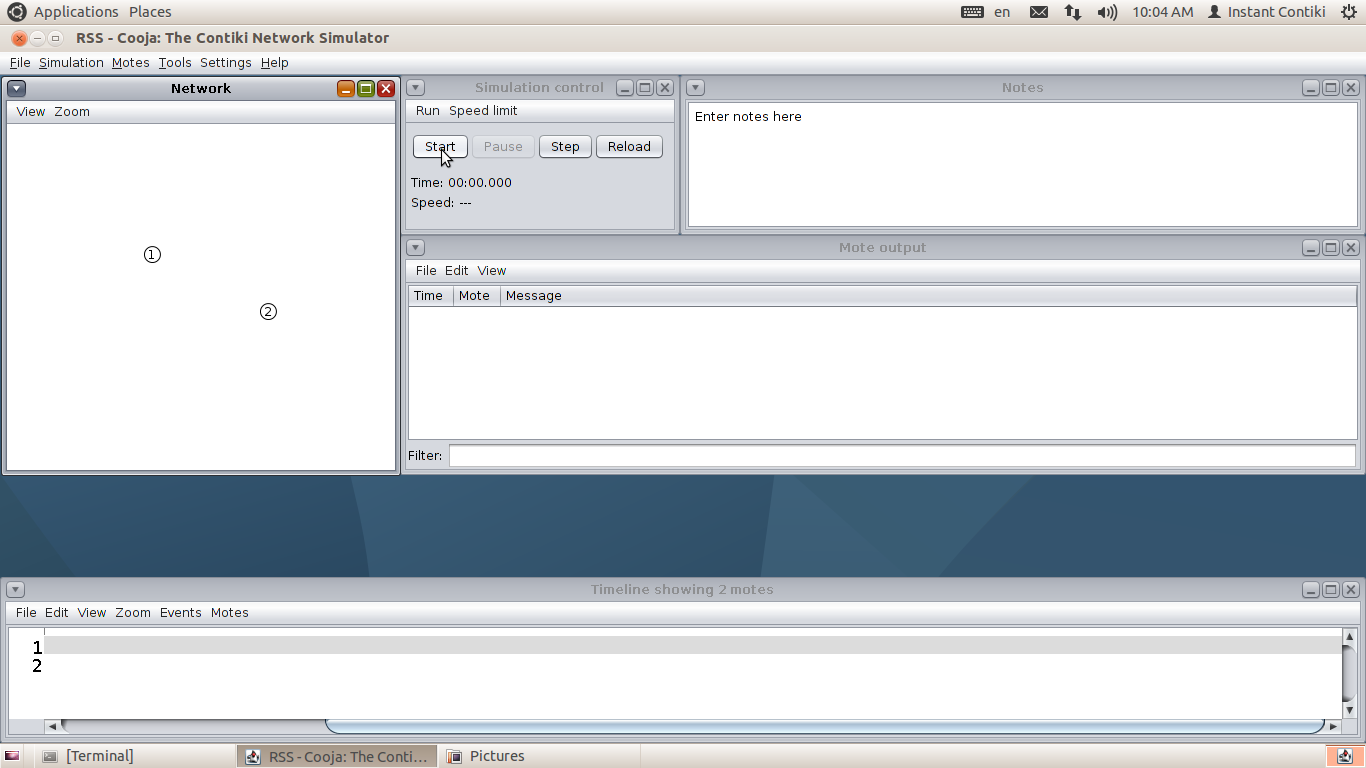 The 'Mote Output' window gives real time information of the events occurring in the simulation process.

You can see the RSSI values for every packet received in the mote output window. These values are in dBm. 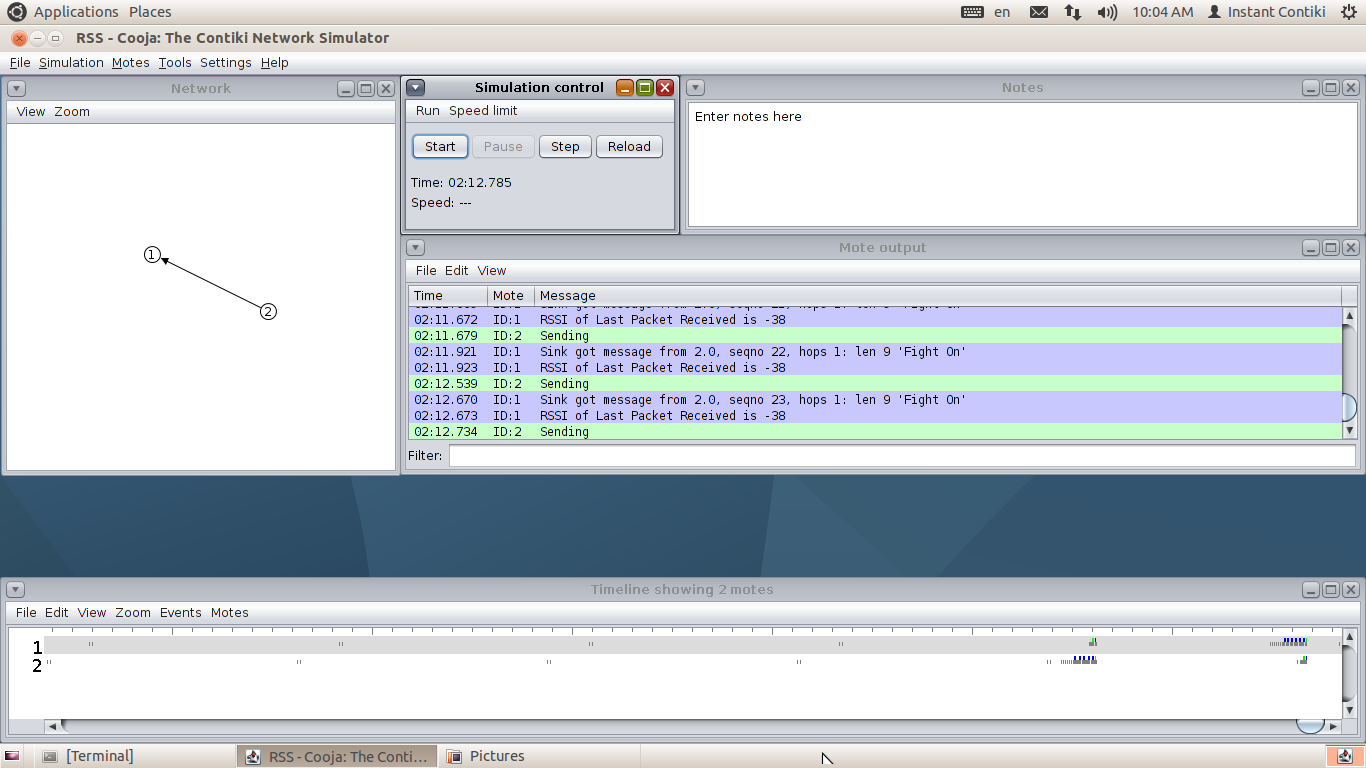 The functions of some code snippets are mentioned below,

callbacks = { recv } calls the recv() function when a packet is received.

Sets the node as sink. Note that we are setting node 1.0 as the sink here.

Sends data through the link.

This will set the timer to repeat the iterations every 1 seconds.

This if condition will work only for the source nodes i.e. node id != 1.

To understand the calculations performed in recv() function, see page 49 at http://web.stanford.edu/class/cs244e/papers/cc2420.pdf